It is with great honor that StreetJelly has reached its 5th year – uhh, its 5th Jellyversary!  August 15th, 2012 StreetJelly launched the musician-first, online busking, website concept. What a wonderful and crazy five years it has been!

As you know, each year we celebrate our birthday with the live streaming festival: Jellypalooza.  This year, the festival falls on August 20th (we always do it on a Sunday).  We encourage all our musicians to play on Sunday, have a good time, and stop in to watch the other acts.  Viewers, sit back and enjoy.  Everyone, wear a tie-dye or groovy palooza shirt.

This past year has been an interesting one.  Our biggest focus at SJ has been the ever changing technology of the internet.  First, we’ve been upgrading our broadcasting methods to meet the phasing out of Flash and (npapi) Plugins by the major browsers.  It’s a lot of work that only gets us even to where we began – not always the favorite thing to do in business.  But we hope the transition to WebRTC and OBS Studio goes smoothly for all.

Second, we have added a number of broadcasting features this past year:  24-hour Replays, broadcast recording, local black-out streaming (pro-level), juke-box tipping (pro-level), and so on.  We continue rolling out these features in phases.

The tag-line for Jellypalooza has always been “Peace, Love and Streaming.” Now, more than ever, this is so important. SJ is a music venue, here to provide a world-wide stage for independent musicians; a way to share and build friendships; and hopefully a method for musicians to make a few bucks for their art. We are here for the of love music, to spread that love, and hopefully make the world a tiny bit more peaceful. Please don’t forget: Peace… Love… and Streaming.

And now back to our usual fun and silly antics…

Many thanks to the Real Life Heavies for their help on this video.  Check them out…  http://reallifeheavies.com 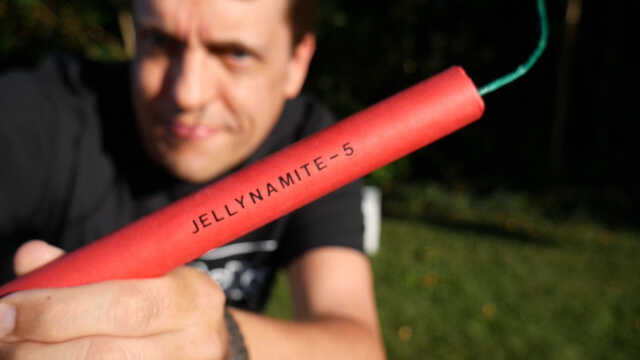 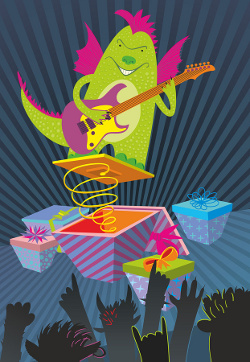 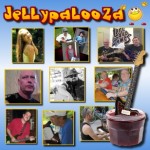 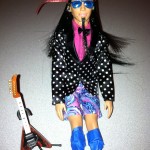 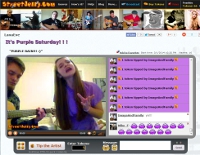 A heart felt Thank You from Scott Thomas…

It was a lot of fun for everyone involved in the contest. Many thanks go out to all the judges, all that voted, and especially ALL the musicians that worked so hard on their original songs, posted videos, and encouraged each other. Here is the complete list of entries. 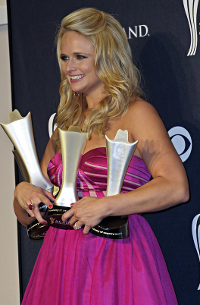 Here are all three videos of Clifton, Frankie, and Merv slopping their way through the Haggis Eating Challenge.  It all started months ago with a dare to eat haggis, a Scottish dish of mushed lamb guts, live on StreetJelly.  It’s quite silly, and a bit gross.  Enjoy.

Part One – Clifton (Ode to Haggis)

Part Two – Frankie (raw from the can)

How to Video – Simple USB Mic and Cam Setup

StreetJelly musicians Merv and Amanda from ImageAndFamily demonstrate the Samson Meteor Mic USB Studio Microphone and a Microsoft Life Cam for use on StreetJelly. It’s very simple to get a clean sound and clear video with these easy to use products. You don’t have to be a computer geek or sound engineer to get up and running quickly on StreetJelly.

Got any questions? We’d be happen to answer them. Add them below…

How to Video – Create Great Sound with USB MiniMixer

StreetJelly musician and computer guru Clifton Printy demonstrates the Alesis MultiMix 4 4-Channel Audio Mixer with USB.  He goes through the setup and configuration to connect your guitar amp and vocal microphone to StreetJelly and create great live sound for broadcasting.

Got any questions?  We’d be happen to answer them.  Add them below…

Adjust your microphone and camera directly from the Flash console while broadcasting.