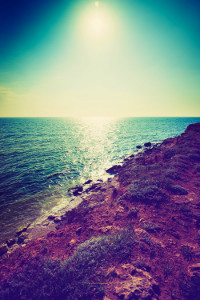 The other day I was flipping through the cable TV channels and settled on a Top 20 Music Countdown show.  I was so underwhelmed!

After watching this countdown show for about an hour (I didn’t last the full two hours), it made me start to wonder what was so mediocre about it.

Then it hit me, I wasn’t entertained.  The music, the videos, the try-too-hard-to-make-a-cool-video camera angles were so uninspiring.  The passion didn’t come through from the artists.  I couldn’t help but comparing the videos to the over sensationalized local news “stories.”  You know them well, you watch them every evening.  The local-beat reporter spends around 60 seconds on a bit.  They stretch a 10 second statement of the actual news fact into a superfluous series of one-liners and sound bites.  Worse, the video is almost always a series of 3 second clips.  Watch it next time, on each new camera angle count to the three!  These music videos were the same way.  Lame.

Most of you that know me understand that I’m not a ranting type of guy; I don’t care for politics, controversy, and especially cynicism.  Who am I to say what is “wrong with the world today” or even just the music industry?  But I want to tell you what I witnessed on StreetJelly in the past six months that blows away pop culture music.  Nothing speaks better through music than the passion of a live and intimate performance.

Yes, I am very biased toward SJ.  But it’s true, I’ve never been able to experience so much love in music since we launched the website last fall.  I actually feel sorry for the mainstream consumer being fed their formulaic music videos.  They are really missing out on the art of music.

~Frankie, the Founder (a.k.a. King) of StreetJelly

What would you change if you made a music video today?