In April 2017, we sent out a survey to the streaming musicians that have used the WebRTC broadcasting method.  The questions were simple, “did WebRTC work for you?”  “What kind of browser / computer did you use?”  And so on. 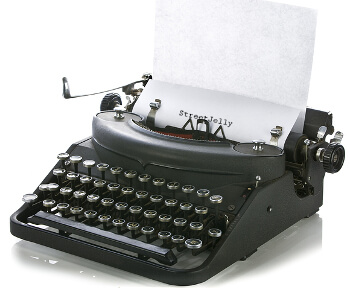 For the hundreds of surveys we sent out, response was above 60%.  Thank you all so much, that is a great response rate for any survey.

The main question, “how well the WebRTC technology worked for everyone,” is what we really wanted to know.  It also had the most interesting answer:  from a scale of 1 to 7 (1 being it didn’t work at all, and 7 being it worked great) …the responses were evenly spread from 1, 2, 3, 4, 5, 6, 7.  Statistically speaking, that’s really hard to make a conclusion from that answer.  Normally, one would expect a rating-scale answer to skew to one side or the other, or in the middle.  A statistician or survey-guru would probably conclude the question was flawed.  But the question was pretty simple, did it work or not.

So what does it mean for us?  Well, best explanation is that it confirms what we already know:  the new WebRTC technology is not working perfectly and to our complete satisfaction (more about that in a minute).

Some of the other questions in the survey; browser type, operating system, webcam type, were meant to help correlate if those who had problems were using any particular type of platform.  Again, the answers were spread wide.  No correlation to hardware or system could be concluded.

One question did stand out with a surprise answer.  The question was whether a musician relies on viewers in the chat for streaming help, or whether they use a trusted friend or techie.  The sliding scale, 1 to 7, was skewed far to the “rely on any viewers in the chat” side.  In fact, not a single person answered #7 (as of 4/22) that they use “a trusted friend, colleague, or tech person.”

In our opinion, this is quite a surprise.  You all know the admins on StreetJelly are also active in the chat community.  We have a different perspective of what’s going on because we also have access to the video servers, bandwidth logs, etc.  We see many disruptive comments in the chat about video quality, bandwidth, etc. that are just not technically true.  As much as we try to help, those false comments get repeated over and over again.  I hate to say it this way, but it’s much like the “fake news” phenomenon of late.  The surprise answer to this questions means many musicians are unknowingly getting and listening to conflicting advice.  We at StreetJelly need to step up our game and get more help out to those that need it.  But we also need your help.  Nothing disrupts a show more than the same misinformed chat viewers constantly complaining about someone’s low bandwidth.  We can all help by explaining to the viewers that we understand the internet provider and networks are slow – and there is nothing we can change right now in the middle of the performance.  {rant over}

Survey conclusion and a bit of news…  We are not 100% satisfied with the reliability and success of WebRTC, yet.  It’s new technology, for sure, and we fully expect many improvements from the browser makers in the months to come.  But we also have the looming deadlines (not yet exactly known) when all plugins and Flash will be discontinued from all browsers …eventually.  We do not want to be relying on only one broadcast method, specifically WebRTC, when that day arrives.

StreetJelly will be releasing an alternative broadcasting method in the coming weeks by allowing musicians to stream directly to the StreetJelly Cloud with the OBS Studio broadcasting software platform.  This is a significant change in how StreetJelly approaches the complexity of video streaming to our musicians.  We always strive to make it as easy as possible – one click and it should just work.  OBS Studio is fantastic software, and it far surpasses other broadcasting software like Adobe’s FMLE.  However, it is much more complicated to use than a simple webpage click-a-few-buttons approach.

OBS Studio is stand alone, open source, free software you must download and install on your computer.  StreetJelly will give you all the info, URLs, and credentials it will take to connect up to our cloud.  There will still be a “broadcaster page” on StreetJelly for the musician.  This page will bind the stream coming from OBS to a show and chat on StreetJelly.  We will try to make it as simple as possible for those who wants to tackle OBS, and provide as much help and tutorials as we can.

This is a major change in streaming for some.  But for those wanting to take it on, it also brings with it many new features to your performance.  A few examples include multi-cameras, video transitions and fades, alternate audio sources, audio mixing, and so on.  Exciting times ahead.

We will be releasing the OBS broadcasting in phases.  Stay tuned.

Posted under: News and Press