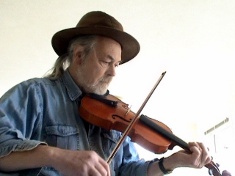 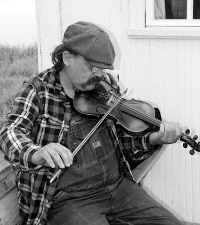 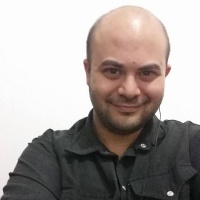 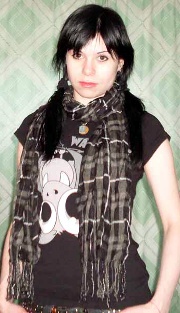 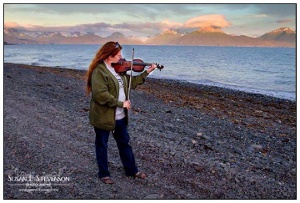 The Fiddlers are Coming!

The Fiddlers are Coming, by Barry Nelson 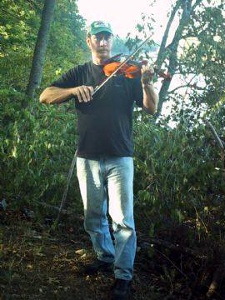 I’m sure you folks have seen them on StreetJelly. Those bow sawin’ fiddlers! Who are these guys and what’s up with those fiddles? Well, a little about the Violin first. The violin & fiddle are exactly the same instrument. Even classical violinists refer to their violins as their fiddles. But there are fiddle styles: old time, Irish, Bluegrass, Cajun, Western Swing…the list goes on and on.

The Violin has four strings (from low to high) GDAE, the Viola (the bigger one) is tuned a fifth lower and its strings from low to high are CGDA. We have no frets, so intonation is something we keep a close ear on.

So enough about the fiddle itself, there’s lots of great info on the internet and forums to help learn nearly any style. So lets meet a few of these StreetJelly fiddlers.

Barry Nelson: I picked up the violin 6 years ago and recently found the Viola a better fit. I play a mix of styles from Irish, Rock, Old Time, etc. If I like it, I play it. I also play guitar and piano, and I record my own backing tracks to jam with. 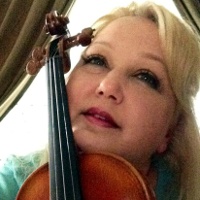 I am Toni, 49 year old violinist. I have always loved pianos and organs. A few years back, I thought I would learn to play the piano. I did not have a piano or know how to read music. So the violin came to mind. I thought about violin as my sister had one growing up. She had lessons through the school system for a few years. I was overlooked for playing instruments as I was painfully shy. Anyway, I started up on my own learning with YouTube videos tutorials and online sites. I also took about 12 lessons my first year. Since then I have learned from my violin community and my violin friends in real life. I am at 2½ years and I am as passionate about it as ever. I have broadened my horizons and I am learning fiddle and Bluegrass …I can’t believe how that good ole sound feels to play. I am obsessed with playing and continuing to learn all I can and be a great violinist/fiddler.

My name is Robin Swan, a.k.a. Feathers. I’m self taught on the fiddle, and that journey didn’t begin until I was almost 34 yrs old. I’ve been playing it for 18 years now, and still learning. I mostly play by ear, but can also read music. My ability to read music came from playing piano starting at age 4, followed by many years of lessons. And during my adventure, there’s been many great violinists and fiddlers who have inspired me along the way. 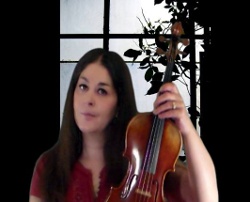 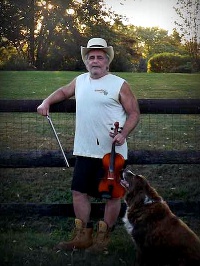 Hi, StoneDog here. I am 62 years on the planet and rocking on. I live in Pittsburgh, PA, USA. The sound of this instrument sends bolts of pleasure though my spirit. I’m a guitar player. I like putting musical tracks together. I also play with vids a bit. I have a few things out there. I can put the rhythms, base, drums, and other various percussion to my tracks. But what has always been missing and something one cannot just import into the tracks I work with is the VIDDLE. When working with my music I have always had the need to hear some violin/fiddle within the track. SOooo I figured I better learn how to play one. 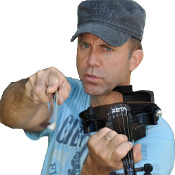 Pierre Holstein was raised in South Florida. Concert master of youth orchestras and a concert master at Eastern Music Festival in NC at 17 years of age. Studied with Thomas Tzaggaris and Tom Moore. Majored in music performance at the University of Miami. Took some lessons with Dorothy DeLay at Congress of Strings and world famous soloist, Ida Haendel in Miami. Played with the South Florida Symphony Orchestra and the Miami City Ballet before moving to Sweden in 1988. Associate concert master of the Gavleborg Symphony Orchestra for 4 years, then moved to the south of Sweden and became one of the principles in the Malmo Symphony Orchestra for 16 years. Recently moved to Fort Lauderdale with plans on staying in Florida. Pierre manages his website: Fiddlerman.com. 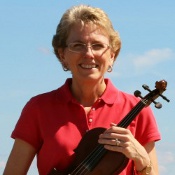 Diane, a.k.a. KindaScratchy. I’ve always loved violin and fiddle music, and have played a number of other instruments over the years, but a seemingly unrelated sequence of events led to my taking up the violin.

A number of years back I had occasion to travel to Shepherdstown, West Virginia, a few times for work. I discovered a place called O’Hurley’s General Store, which has a Thursday night jam session for local musicians who play guitars, fiddles, banjos, hammer dulcimers, harp, tin whistles, sometimes a bodhrán or Celtic drum. They play Appalachian folk music, Celtic music and the like. The seed of an idea was planted, albeit unintentionally. A few months later, my husband gave me my violin for Valentine’s Day. Read the full story and interview on Fiddlerman.com.

Dennis Boring. I started playing (learning) violin about Feb 2012, although I owned a violin for all of 50 years. Yep, our family had an old one that was broken and never got used. I figured I might want to play it a little after a David Garrett concert in Reno got me inspired. I fixed it, stayed with it, and now have four beautiful violins to play. I don’t play by sheet music and instead devote many hours to “picking out” the notes from a tune I hear. My oldest violin is about 130yrs, another around the 100yr mark, and the electric/acoustic is around 12yrs. Finally, the newest is one I made myself and play as much as the rest. I’m the only one in my family that plays an instrument. I learned music some 30yrs ago on piano. I still live in the same house I started first grade in. All my kids have grown and left the nest, and that leaves me plenty of time to practice! I’m single, a self employed mechanical engineer, and can play at all hours of the day or night! 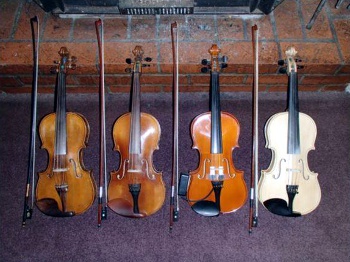 I love artist interviews where you get to learn about the person behind the skills.  Our Chuck Foster recently did such a TV interview.  It’s a great way to understand the passion and meaning behind Chuck’s art.  Enjoy the show…  ~frankie