With a Little Help from me Friends 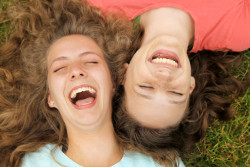 We live in interesting times.  Anyone with a few free computer programming tools can create an internet company.  Anyone with a guitar and webcam can broadcast their music to the world and reach millions.  Oops, did I just peg the Bullsh!t Meter?  I did.  While those statements are technically true, they are extremely hard.  Extremely hard!

It’s so hard, we often think it is purely a one-in-a-million chance to make any headway in this world.  Reality TV shows like The Voice and SharkTank give us this sense that we have to “win” our way to the top with luck.  Having great luck does help, and most humble, successful people will tell you that luck did play a major part in their accomplishments.  But I also believe helping-others-to-the-top exposes us to the best opportunities …and is the most satisfying way to get through our busy lives.

It’s really simple, when you can help another person – just do it.  It doesn’t mean you have to fall over everyone you meet (people will think you’re creepy), nor does it mean you have to give-away every product or service you sell for free (people understand you have to make a living, run a business, obey your boss).  But it means a simple gesture of support, an email or phone call to a new contact, or even a purchase of a product or gift can make all the difference in the world to someone.  StreetJelly people are the BEST at this! <3

Yes, I’m starting to sound a bit preachy – but it’s something I try to do as often as possible in my tech world and, of course, on StreetJelly.  Let me tell you about the community I live in and the support StreetJelly gets.  I live in Knoxville, TN, a medium sized city in the foothills of the great Smokey Mountains.  Three main industries prevail in the area: the Oak Ridge National Laboratories (technology/engineering), the University of Tennessee (education/research), and Media/Entertainment.  After the big cities like New York, LA, etc., Knoxville is the 5th or 6th largest city in media and entertainment.  Most of your cable TV programming comes out of companies in Knoxville like HGTV, the Food Network, and so on.  It’s a great place to live and work.

We also have a thriving entrepreneur community supported greatly by these industries (see more about the Knoxville Entrepreneur Center).  As a young start-up business, StreetJelly receives support from a slew of these organizations.  It’s the “rising tide lifts all boats” thing.  This support system works not because of some mandated budget by any one organization, but because the folks involved enjoy (as much as I do) to help others succeed.

I tell you all this because in the coming weeks, StreetJelly is going to do its part and help promote another music start-up from Knoxville.  The company is LineShark.  It’s a new business where a pair of engineering geeks (I say that affectionately) and part-time musicians have invented a cool universal connector device.  It allows musicians to plug their instrument into an iPad and perform LIVE music back out to an amp with a full studio console of affects.  Yes, Androids work too, but most of the cool music apps are on the iPad.

LineShark is in the middle of a Kickstarter campaign, set to end April 24th, 2014.  We are going to host a “Kickstarter Party” on StreetJelly, April 9th, to help promote their venture.  The actual event will be held at the entrepreneur center, downtown Knoxville.  We will stream a live demo of the product on StreetJelly, plus have guest musicians perform with the device.  It will be a hoot.  It’s the least we can do!!!

~frankie, a.k.a. The King of StreetJelly

ps – Be on the look out for more fun StreetJelly partnerships with local music businesses.

We are upgrading our broadcaster software to use Flash version 11.4 or higher.

Background:  The StreetJelly broadcaster software uses Flash Media Live Encoder (FMLE) for streaming.  This all happens automatically for musicians on StreetJelly behind the scenes.  Most websites use this technology for streaming, as well.  Many times, people cringe when they hear “Flash” website.  They think of those tacky animations from 10 years ago.  We do not use any part of that, but only the FMLE portion to connect to ones camera and microphone.

The FMLE comes as part of the Flash software installed on most desktops: Windows, Apple Macbook, etc.  It is typically not available for mobile devices: Android phones and tablets no longer support Flash, and iPhone/iPads never supported it.

Currently:  The StreetJelly broadcasting page for musicians uses features in the FMLE that require a minimum of Flash v10.3 or higher.  We have been at this version for some time to accommodate a few stragglers who may have trouble with older audio equipment.  This version produces a stream format, however, that can only be viewed by other Flash devices.  Hence, StreetJelly can only be viewed easily on desktops with Flash.  It’s much more complicated to view performances with other devices without 3rd party software, side-jacking, etc.

The Upgrade:  We are upgrading the musician’s broadcasting page with features found in FMLE v11.4 (or higher) that will use newer and improved streaming formats.  Specifically, we’re moving to an mp4 h.264 codec.  This will allow StreetJelly to transmit in mp4 (h.264 + aac) to mobile devices.  Yes, this is part of a larger project to build mobile apps of StreetJelly!

So what should I do?  Probably nothing.  Most everyone has Flash installed on their computers to automatically update (its default setting).  The current Flash version is v12.0.0 (March 2014).  Click this link to see what version of Flash you have installed.  Only a few folks may have turned off the auto-update to keep them at a specific older version.  This is most likely due to newer Flash versions not being compatible with older microphone equipment and sound drivers.  To that point, those folks need to take a systematic approach to upgrading.  They should install the highest version they can that still works with their equipment.  Below are some links to get started.

To install the latest version of Flash:
http://get.adobe.com/flashplayer/

To install older versions of Flash:
http://get.adobe.com/flashplayer/otherversions/  Choose “click here for older versions…” below on that page.