StreetJelly co-founder, Martina, tackles a number of the questions and comments observed recently in chat and in our Contact-Us messages. 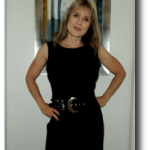 Over the last months the StreetJelly community has grown and we would like to welcome all new members as well as express our appreciation for those of you who have been with us for many years. No matter whether you are a musician, viewer or both, your presence and support mean the world to us.

The last year brought many changes to the Streaming World. Browsers have stopped supporting Flash. Other technologies like RTC, OBS and external streaming devices changed some of the ways we used to stream or watch a stream. In the old times when Flash was the main way of streaming, the responsibility of a technically well functioning stream was lying on the end of the musician’s computer. As long as a musician had a solid broadcast almost any viewer who downloaded Flash was able to watch the show regardless of the viewer’s computer capabilities. With the newer technologies this scenario changed. The technical requirements on the viewer’s computer are higher now as well. The biggest issue is bandwidth. RTC streams at higher bandwidth than Flash. OBS streams at even much higher bandwidth than RTC. Just to put this into perspective I would like to give you some examples. Most RTC shows are broadcasted between 500 and 700 kbps. The OBS broadcasts depend on the setting the musician chooses. Even at our recommended setting the average broadcast is between 1100 and 1300 kbps. This explains why some viewers can watch RTC shows but have trouble viewing OBS shows. We have a few performers who exceed the recommended broadcast settings. That can lead to the performer losing connection during the show and/or a higher number of viewers not having enough bandwidth to watch the show. Another important thing to know for performers streaming in RTC is the necessity of a steady internet connection. I would like to address this because many times I see comments from musicians saying that they have sufficient bandwidth. RTC, in contrary to Flash (which used a steady stream), is a method which streams in packets. For exactly that reason not only the bandwidth but also the steadiness of the internet connection are very important.

The following troubleshooting tips are for viewers who have trouble watching a broadcast: If you have no video please check that you either selected auto play in your browser toolbar (instructions above the player) or press the play button inside the broadcast window. If you have no sound please check the sound meter inside the broadcast window and the sound setting on your computer. If your broadcast is cutting out please make sure all other windows on your device are closed, especially those which have a lot of video or graphics running like Facebook. This is also a tip for performers who lose connection during their broadcast. All the video or graphics opened will use up your bandwidth. Even other devices on the same internet connection can affect your own device in use. If a family member in your household watches a TV stream or social media videos, your own machine can be affected. If your internet capabilities are great but you still have trouble watching or broadcasting it can be the actual hardware of your computer, for example the CPU might simply not be powerful enough. In a scenario like that all you can really do is apply the same principles as with bandwidth issues and close all other windows.

Since I was talking about troubles watching a broadcast I would like to quickly address the topic of buffering. Buffering is a natural occurrence during the streaming process and not a defect. It should only be viewed as a problem when the buffering leads to frequent interruptions in the broadcast. StreetJelly is proud to offer a streaming quality which far exceeds the broadcast quality of other sites. This leads to slightly higher technical requirements for our users. It is our goal to offer excellent broadcast quality but also accommodate users with lower bandwidth and slower computers. Unfortunately there will be a very small number of people who will not be able to view or broadcast due to a lack of their personal technical capabilities.

Many of you have the 24hr-Replay function available to you. This will allow you to keep a DVR style performance of your show on the StreetJelly homepage for 24 hours. This function resets every 72 hours and needs to be turned on individually for each show. In case you need to restart your show for technical or any other reasons you can reuse the replay function within 3 hours of the original start time. In that case it also needs to be turned on again for the restarted broadcast.

For those of you watching StreetJelly on the phone, we want to let you know that we made no changes on our end. If your screen looks different than it used to or the chat is in a different spot, it is a change made by your phone company.

Some of you might have seen performers using the Jukebox function. This enables a musician to charge for a show. As a viewer you can stop in and catch a free sneak peek. After a short while you will be asked to pay a few tokens to watch the rest of the show. This feature was originally created for venues but we extended this option to some musicians.

It has been a joy over the recent months to watch the StreetJelly community grow. To provide this free streaming service is a labor of love and we are putting our time and hearts into this endeavor every single day. In a time of great division in the world, music is an international language and art form which unites so many of us. We are excited to offer shows of every style and length. Some musicians like to play for 30 minutes and others for hours. Certain shows feature a musician with an instrument and an often intimate connection to the audience. Others performances contain the use of backdrop technology and backtracks or offer shows directly from venues. We welcome and encourage various types of broadcasts and admire many StreetJelly artists for their skills regardless what their performance style is. No matter what your personal preference there will be a show for you. Diversity makes this world and StreetJelly a better place. We provide a free service which enables all of you to drop in on a show and check whether that is something you might like to watch and listen to for a while. If it’s not your cup of tea you can just leave and move on to the next performer.